I have been asked numerous times about the history, inspiration and meaning behind the Napoleon scarf.

This is what I know and please feel free to correct me, if need be, as I am by no means neither a historian nor an expert on Napoleon. The scarf was designed by Philippe Ledoux in 1963, and pays homage to Napoleon Bonaparte, the self proclaimed Emperor of France at the beginning of the 19th century.  There are 5 vignettes, that I believe depict Napoleon’s most significant moments in his life and are based on paintings by artists such as Jacques-Loius David. At the center and possibly the most significant, framed by the Legion of Honor Chain, is Napoleon’s arrival at Notre Dame for his coronation that took place there December 2nd, 1804 and made him the “Emperor of the French”.

The four medallions in the corners of the scarf, framed by laurel wreaths are: Upper right corner Napoleon on one of his Arabian horses based on the painting by Jean-Antoine Gros by the name of “Napoleon Bonaparte, First Consul, Reviewing his Troops after the battle of Marengo” 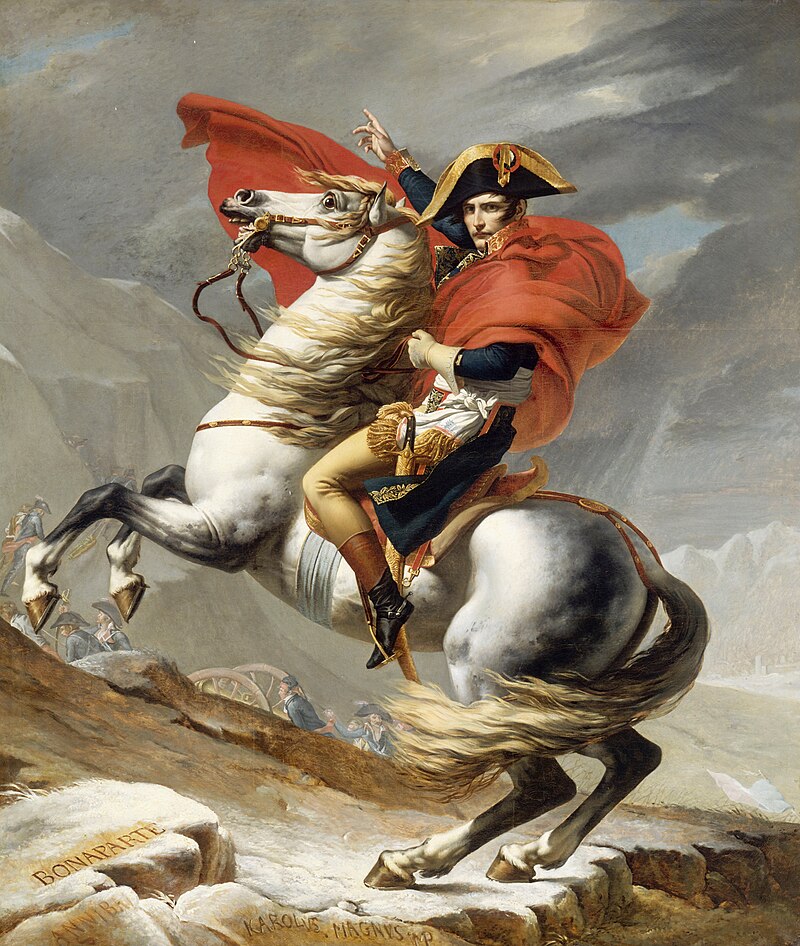 Ledoux also incorporated items symbolic of Napoleon himself and the Napoleonic Age.  Napoleon’s famous hat is at the bottom center, his sabers and the Eagle, which represented along with the “bee” (weave of the jacquard and background for the scarf) military victory and immortality/resurrection respectively. I believe the uniforms are Napoleon’s uniforms with the one on the right being an “every day” uniform, whereas the one on the left, a much more detailed and intricate in nature, might be the uniform Napoleon was buried in.

It is my belief, that Ledoux chose the numbers 2 and 5 because they represent the two most significant dates during the Napoleonic Age, his coronation on December 2nd, 1804 and his death May 5, 1821.

This is a truly stunning scarf with incredible details, richness and texture… a true work of art and a part of history.

© Ladi and Carre de Paris, 2013. Unauthorized use and/or duplication of this material without express and written permission from this blog’s author and/or owner is strictly prohibited. Excerpts and links may be used, provided that full and clear credit is given to Ladi and Carre de Paris with appropriate and specific direction to the original content.

You have subscribed successfully!

Please fill all the required * fields.

This site uses Akismet to reduce spam. Learn how your comment data is processed.